It is with great pleasure that we can announce that AIMES has joined the Open Modeling Foundation as a founding member, at the meeting of the Foundation on December 6-8, 2021.

Over the past few decades, computation has become ubiquitous in science. And computational modeling has equally become increasingly critical to a wide range of research by augmenting or even replacing narrative and mathematical representations of societal and biophysical processes. To a large extent, this is because these computational tools allow scientists to represent and study complex, dynamic interactions of multiple processes in ways not possible with more traditional means. The applications range from the evolution of galaxies to Earth tectonics, global temperatures, sea level rise, impacts of deforestation on CO2, economies, the spread of misinformation, and national securitynot to mention the ongoing reverberations of a global pandemic.

While scientists (and policy makers) write about the results of such modeling science in journals, the evolution of mechanisms for evaluating the models that produced them, and for enabling others to learn from and build on model-based research, have lagged behind. For this relatively new kind of science, papers published on the results of modeling are not sufficient. It is also necessary that the code for models used to be accessible, understandable, and runnable. Yet a recent bibliometric study of nearly 8,000 papers from ISI-WOS that report on model-based research since 1990 found that the great majority do not make the code used available. Even for the most recent papers, which have the highest proportion of accessible code, over 80% do not provide access to the model code.

There are no community standards for what code should be openly accessible, how it should be made available so that it can be found and accessed, how it should be documented to be understandable, how it should be packaged so that it can be compiled if needed and run effectively, or how one model might be coupled with another one (e.g., climate models with models of crop growth and yields). The OMF was founded to help fill this gap by making models and their code more FAIR (findable, accessible, interoperable, reusable) by developing widely accepted standards to guide FAIR practice. Because science is in fact social practice, these standards span technological and social/ethical issues. The OMF plans to take an integrated approach to addressing these issues, including standards for how to make scientific models widely accessible and useful, supporting technology to make doing this easier and more reliable, providing recognition and incentives for scientists who do this, promoting ethical practices of citing code, and creating education programs to train current and future scientists in these practices.

In the Foundation, a Standards Working Group will adopt or create standards (for accessibility, documentation, citation, reusability, interoperability) as best practice goals, as well as providing recommendations or guidelines for implementation of these standards. The latter can take the form of workflows, protocols, and technologies to accomplish standards. A Certification Working Group will focus on recognizing and incentivizing scientists who implement best practice standards through badges, code citation, and working with member organizations to ensure that this recognition translates into professional advancement. An Education Working Group will aim to disseminate information about standards and best practices, and develop training programs to help scientists learn how to implement them, and introduce next generation scientists to modeling science. Moreover, all member organizations agree to a formally adopted Values Statement about increasing diversity in modeling science, being more inclusive of underserved minorities and genders, and making modeling science more diverse and inclusive globally. Beyond making modeling science more equitable, greater diversity of expertise and backgrounds can catalyze more innovative and better quality science, and can make these critical technologies more accessible to communities who need them.

Historically, the OMF is an outgrowth of a series of international workshops convened in 2015-2019 to discuss the future of modelingespecially modeling complex societal and biophysical systems needed to help chart a course toward a more sustainable future. A community consensus of these meetings envisioned next generation, integrative modeling of human and Earth systems as an evolving ecosystem of potentially interoperable models, developed by and accessible to stakeholders worldwide, and sufficiently flexible and scalable to represent complex feedbacks and scenarios at local to planetary scales. It became apparent in these discussions that community standards for modeling, spanning the social and natural sciences, is a key component needed to realize such a vision. No such standards currently exist, though there are emerging ones with potential. The OMF was created to be an inclusive community to promote and administer these emerging standards as well as develop new ones as needed.

On December 6-8, CoMSES.Net coordinated a hybrid meeting was held in Washington DC and online to formally establish the Open Modeling Foundation as “an alliance of modeling organizations that coordinates and administers a common, community developed body of standards and best practices among diverse communities of modeling scientists” (OMF Charter). It was attended by 66 individuals representing 50 modeling science organizations from North and South America, Europe, Asia, and Australia. The Network for Computational Modeling in Social and Ecological Sciences (https://comses.net), AIMES, the Community Surface Dynamic Modeling System (https://csdms.colorado.edu), and the Decision Support System for Agrotechnology Transfer (https://dssat.net) co-organized the meeting with funds from the Sloan Foundation. Michael Barton, CoMSES.Net Director, chaired the meeting.

To date, 44 modeling science organizations have joined the Open Modeling Foundation as founding members or provisional members (awaiting final approval from a governing body), and the Foundation welcomes additional organization that would like to join this collaborative endeavor. There is work ahead to organize Working Groups, set up the Early Career Scholars and Affiliate groups, complete supporting documents for the Charter and Values Statement, and expand the science gateway to facilitate these activities and more. AIMES can be proud of the role it played in creating this international organization for modeling science.

The approved Open Modeling Foundation Charter and Values Statement, along with archived meeting proceedings can be found at http://openmodelingfoundation.github.io.

Where: Virtual via Zoom and In-Person at the ASU Barrett & O’Connor Washington Center

The Open Modeling Foundation (OMF) is an international open science community that works to enable the next generation modeling of human and natural systems. It is an alliance of modeling organizations that coordinates and administers a common, community developed body of standards and best practices among diverse communities of modeling scientists. The OMF also provides informational, data, and technological resources to facilitate the implementation of common standards and best practices among the scientific communities it serves. Each participating organization will vote to adopt an OMF charter and related initial action items.

You can read more about the draft charter here.

The Open Modeling Foundation (OMF) initiative is an AIMES Working Group to establish an international consortium of organizations representing modeling scientists that can develop and administer standards to support open, reproducible, interoperable models. Over the past two years, the OMF initiative has held a series of strategic planning workshops to inform modeling organizations about the initiative and compile input and suggestions. These meetings have been coordinated by AIMES, the Network for Computational Modeling in Social and Ecological Sciences (CoMSES.Net), the Community Surface Dynamics Modeling System (csdms.colorado.edu), and the Decision Support System for Agrotechnology Transfer (dssat.net), and supported by the Alfred P Sloan Foundation. With support from Sloan, these groups are also developing pilot proof-of-concept software to demonstrate the potential of standards-based integrative modeling.

The last of the planning workshops was held at the beginning of June, 2021. Due to the global pandemic, all 2020 and 2021 meetings have been virtual. Nevertheless, a total of 67 modeling organizations, represented by 96 individual attendees have participated. While complicating holding a meaningful workshop, doing these online has opened up the meetings to a broader audience and inspired those of us coordinating the workshops to test online platforms that could be used to support the kind of internationally distributed organization envisioned for the OMF.

The most important of these platforms is an open science gateway, based on GitHub. Here we have posted draft governance documents and documents outlining potential standards as a way to encourage discussion and input from the community. The workshop participants have used this collaboration platform for discussions, ideas, and suggestions. In that way, the OMF is already making the development of community standards an open, transparent process. Anyone can visit this gateway to follow–and contribute to–the community discussions, suggestions in the issue tracker, and edits made to the posted documents in response to stakeholder input. There is a simple web front end to this gateway at https://openmodelingfoundation.org or the GitHub repository can be accessed directly at https://openmodelingfoundation.github.io

In the most recent workshop, we also piloted an OMF Discord server (discord.com) to serve as an easy, informal communications platform for anyone interested in participating in the OMF initiative. Individuals who would like to join conversations on Discord can email omf@comses.net to receive an invitation link.

We hope to convene and organizational meeting before the end of the year where member organizations could adopt a governance charter and formally establish the OMF. We will continue to update the AIMES community about this important initiative for the future of transdisciplinary modeling science. If you have questions, please don’t hesitate to contact omf@comses.net. 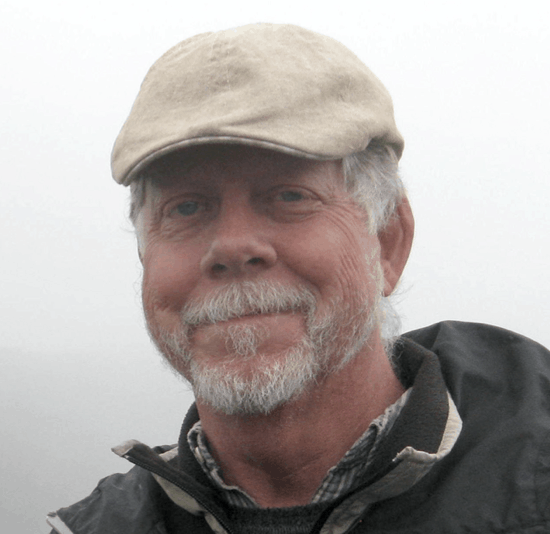 On 18-19 May, 32 scientists from the USA and Europe, representing 23 modeling organizations, met to discuss the Open Modeling Foundation initiative. With a few short presentations to provide attendees with context and background, most of the meeting was dedicated to discussion of the OMF initiative and its organization, community modeling standards, and the drafting of initial standards documents. The participants piloted a new collaborative decision-making platform, based on GitHub, as a way to work as an international organization with distributed governance to develop and administer common standards for modeling. The results of the outstanding efforts of the workshop participants can be seen at the new site: https://openmodelingfoundation.github.io. The documents and ideas contributed by the participants will be used as the basis for the next OMF planning meeting, provisionally planned for early September 2020.