Discussion Series: Tipping elements, irreversibility, and change in the Amazon 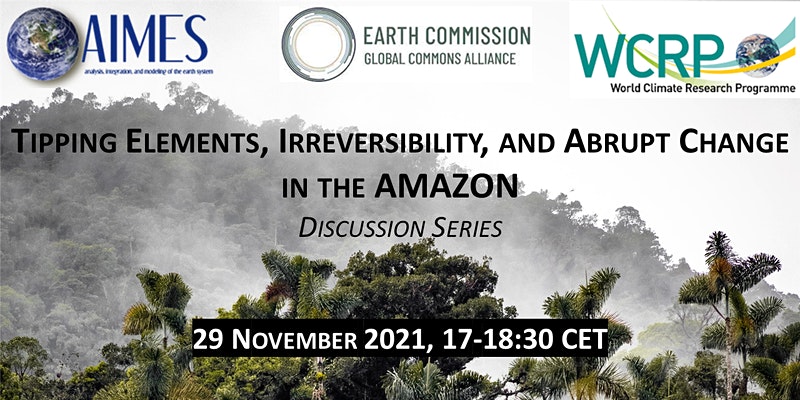 This event will focus on the Amazon:

Carlos A. Nobre is an Earth System scientist from Brazil. He graduated in Electronics Engineering from the Aeronautics Institute of Technology (ITA), Brazil, in 1974 and obtained a PhD in Meteorology from the Massachusetts Institute of Technology (MIT), USA, in 1983. He dedicated his scientific carrier mostly to Amazonian and climate science at Brazil’s National Institutes of Amazonian Research (INPA) and Space Research (INPE). He proposed almost 30 years ago the hypothesis of Amazon ‘savannization’ in response to deforestation. He was Program Scientist of the Large-Scale Biosphere-Atmosphere Experiment in Amazonia (LBA). He is a former National Secretary of R&D of Ministry of Science and Technology of Brazil and former President of the Federal Agency for Post-Graduate Education (CAPES). He is foreign member of the US National Academy of Sciences, member of the Brazilian Academy of Science and of the World Academy of Science. He was one of the authors of IPCC AR4 awarded with the Nobel Peace Prize in 2007. He is presently a senior researcher with the Institute for Advanced Studies, University of São Paulo.

Professor of Climate System Dynamics in Mathematics at the University of Exeter (since 2006), having previously worked at the Met Office-Hadley Centre (1990-2004) and the UK Centre for Ecology and Hydrology (2004-2006). A lead-author on the last three Assessment Reports of the Intergovernmental Panel on Climate Change (IPCC AR4, AR5, AR6), and a highly-cited author in Geosciences.