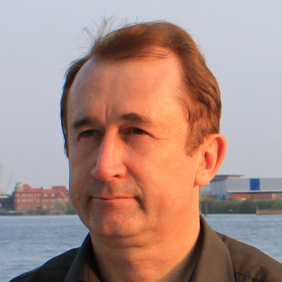 Victor Brovkin is head of a group on Climate-Biogeosphere Interactions at the Max-Planck Institute for Meteorology and professor at the University of Hamburg, Germany. He was trained as a mathematician at the Lomonosov Moscow State University, Russia, where he got his PhD degree in 1988. Victor Brovkin has over 20 years experience in global climate and carbon cycle science. His research is focused on interactions between terrestrial ecosystems and the climate, including biogeophysical and biogeochemical feedbacks. Victor Brovkin has developed global dynamic vegetation models and applied them for pioneering studies on stability of climate-vegetation system. He uses models of different complexity to study carbon cycle dynamics in the Quaternary period, including the last glacial cycle and the Holocene. His groups research has now shifted towards understanding the role of high latitude ecosystems in the climate system, focusing on terrestrial and marine permafrost processes. As a lead author, he has contributed to the Millennium Ecosystem Assessment and to the IPCC WGI AR5 (Carbon cycle chapter) and as a review editor to the IPCC WGI AR6 (Carbon cycle chapter). Victor Brovkin has recently become a member of the Academia Europaea.