Tipping Elements in the Earth System 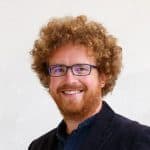 Jonathan Donges is Co-Leader of  the FutureLab on Earth Resilience in the Anthropocene and Working Group Leader on Whole Earth System Analysis in Research Department on Earth System Analysis of the Potsdam Institute for Climate Impact Research. His research work focusses on dynamics of planetary-scale socio-ecological systems, climatic and social tipping elements, their dynamics and interactions, decarbonization dynamics and sustainability transformation, conceptual models of society-environment coevolutionary dynamics, structure and dynamics of complex networks, nonlinear dynamics and time series analysis, and application of these methods to climate physics and Earth system analysis. 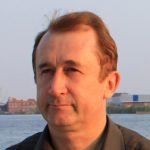 Victor Brovkin is head of a group on Climate-Biogeosphere Interactions at the Max-Planck Institute for Meteorology and professor at the University of Hamburg, Germany. He was trained as a mathematician at the Lomonosov Moscow State University, Russia, where he got his PhD degree in 1988. Victor Brovkin has over 20 years experience in global climate and carbon cycle science. His research is focused on interactions between terrestrial ecosystems and the climate, including biogeophysical and biogeochemical feedbacks. Victor Brovkin has developed global dynamic vegetation models and applied them for pioneering studies on stability of climate-vegetation system. He uses models of different complexity to study carbon cycle dynamics in the Quaternary period, including the last glacial cycle and the Holocene. His groups research has now shifted towards understanding the role of high latitude ecosystems in the climate system, focusing on terrestrial and marine permafrost processes. 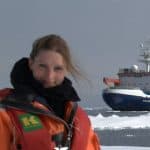 Climate Tipping Points, Irreversibility and their Consequences for Society, Environment and Economies | Switzerland’s Proposal for an IPCC Special Report

Climate Tipping Points, Irreversibility and their Consequences for Society, Environment and Economies | Switzerland’s Proposal for an IPCC Special ReportABOUT THIS SESSION Over the past decades, our scientific understanding of climate change has significantly grown....

END_OF_DOCUMENT_TOKEN_TO_BE_REPLACED

Workshop: Remote Sensing of Tipping Points in the Climate System

Hosted by the International Space Science Institute and convened by ESA Climate Office and the Future Earth AIMES project, a workshop held 26-29 January 2021 brought modelers and the remote-sensing community together to discuss how Earth observations can contribute to our understanding of tipping elements in the climate system and help with early warning of change.

END_OF_DOCUMENT_TOKEN_TO_BE_REPLACED

AIMES and PAGES organized a workshop at MPI-M to summarize and evaluate evidence on non-linear Earth System dynamics in recent geological history, and discuss how best to acquire, analyze and interpret such data to understand the risk of future abrupt transitions.